We're Living on a Bus (The Adventure Continues)

November 16, 2014
Hello! I know it's been weeks (maybe even months) since I've blogged about our adventure but I have good reason for being absent.

WE BOUGHT A BUS!! A few weeks ago we finally took the plunge and bought the bus we've been talking about buying for ages. It arrived 2 and a half weeks ago and we moved in straight away. It's huge. It's literally a 40 foot coach, think National Express size. 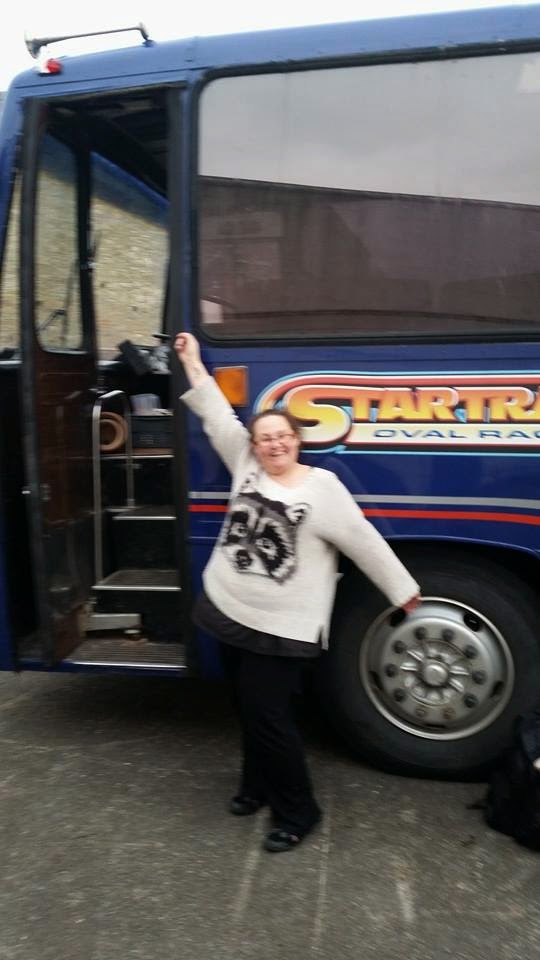 Things didn't go smoothly with YOLO's delivery. It was based in Chesterfield and was supposed to be delivered to us by a transport company on Tuesday. It was quite late on when they picked it up, so it was then going to spend the night at their Manchester depot and be brought to us Wednesday morning. Until we got a phone call on Tuesday night saying it had broken down, was pouring steam out and wouldn't restart. The decision was made that it would be towed to the depot overnight and then towed to us the next morning. So, YOLO arrived, late and on the back of a bright yellow, very large tow truck. It doesn't matter, she's here now and she runs again! Yay! 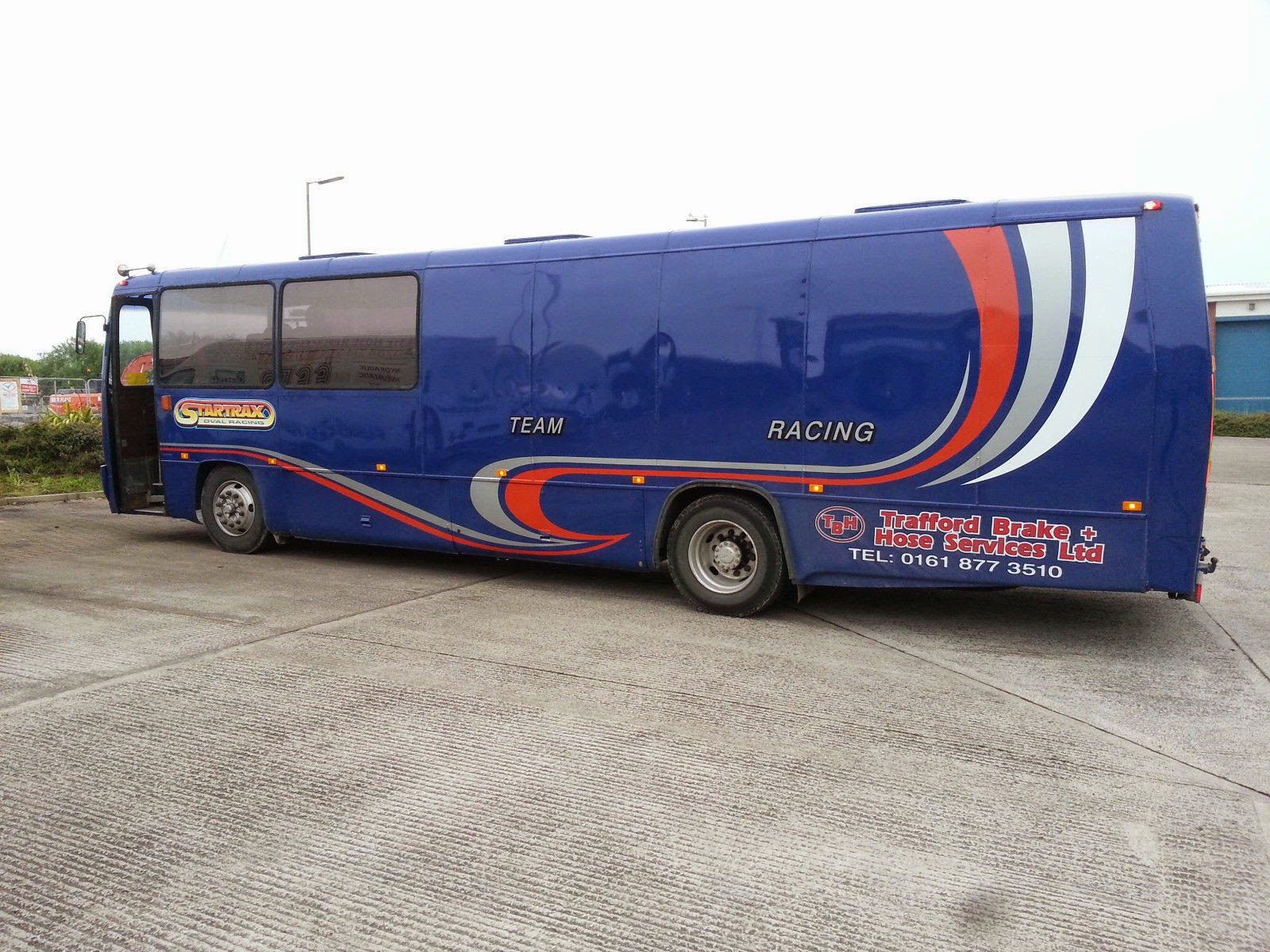 YOLO is bright blue outside with red and white swirls and has the decals from the Brisca F1 Racing Team that used her in the past. I've been doing some research on the internet and found some photos of incarnations of YOLO's past.


This is how she originally looked in 1974

This the earliest photo we can find of this ACTUAL bus, a photo sold on ebay... 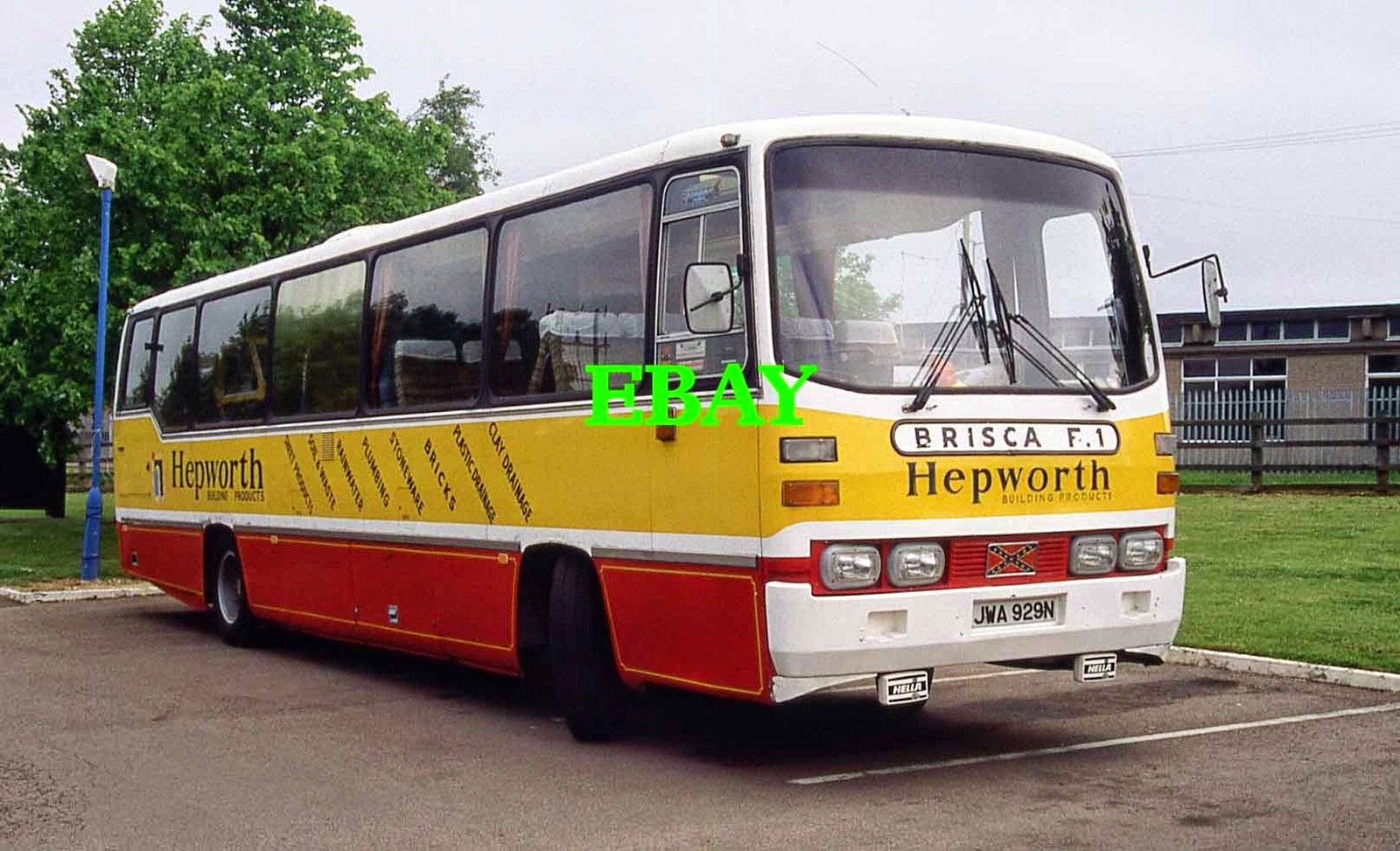 This is YOLO in action, towing a Brisca F1 car. 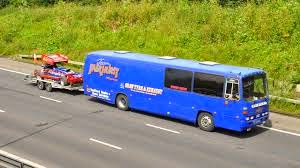 We have started doing work on the interior to make it into a lovely, cosy home. When it arrived, the bus was very basic and not overly functional for everyday living for us so we have a lot of work to do. We've expanded the bedroom 2 feet into the garage at the back, started panelling walls and built a chest for storage/dressing table use. This has made it feel way more snuggly and warm.

We have built a partition between the drivers cab and the rest of the bus, this will stop drafts and give us more privacy. The biggest job we have been tackling is filling in holes and trying to battle the condensation problem. I didn't realize how huge an issue this would be but we think we've nearly got it now. We have used about 24 cans of industrial strength expanding foam to fill in a million holes. That stuff is cool but it's a bitch if you get it on your hands!!

The kitchen was pretty much ready to use as is the loo, so that's been good! We've had to work out how many leisure batteries we needed and be careful not to plug things (like laptop and phones) in for no reason as it's a huge waste of power. We now have 5 batteries so we should be ok. We use Terracotta candle burners for heat (very effective and cheap!) and so far, it hasn't been bad. I've started cooking again, which is awesome! I love it!

I will post more photos as work progresses. For now, let the adventure continue!!