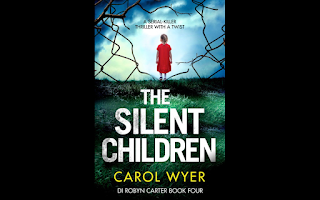 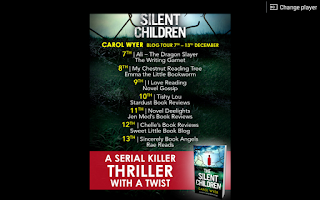 
The boy studied the bruise turning yellow at the base of his neck. With quick fingers his mother tightened his tie, and pulled his collar high above it. Her eyes alone said, We will not speak of this...Years later, a man is found shot dead in a local park. On his phone is a draft text: I can’t keep this secret any longer. The recipient is unnamed.Detective Robyn Carter knows this secret is the key to the case, but his friends and family don’t offer any clues, and all her team have to go on is a size-ten footprint. Then a nurse is found in a pool of blood at the bottom of her staircase, and a seemingly insignificant detail in her friend’s statement makes Robyn wonder: are the two bodies connected, and has the killer only just begun?When another body confirms Robyn’s worst fears, she realises she’s in a race against time to stop the killer before they strike again. But just as she thinks she’s closing in, one of her own team goes missing.Buried in the past is a terrible injustice. Can Robyn uncover the truth before another life is lost?An absolutely heart-stopping and compelling serial killer thriller that will keep you up all night. Perfect for fans of Karin Slaughter, Rachel Abbott and Robert Dugoni.
About the author: 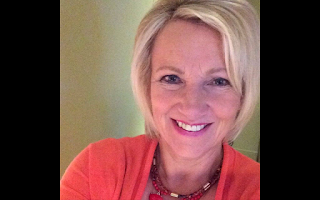 Carol E. Wyer is an award-winning author whose humorous books take a light-hearted look at getting older and encourage others to age disgracefully. More recently she has chosen to write for the "dark side" and embarked on a series of thrillers, starting with the gripping best-seller, Little Girl Lost.

Her book Grumpy Old Menopause won The People's Book Prize Award for non-fiction 2015.Carol has been interviewed on numerous radio shows discussing 'Irritable Male Syndrome' and 'Ageing Disgracefully' and on BBC Breakfast television. She has had articles published in national magazines 'Woman's Weekly' featured in 'Take A Break', 'Choice', 'Yours' and 'Woman's Own' magazines and writes regularly for The Huffington Post.Carol is a signed author with Bookouture and Delancey Press.To learn more about Carol, go to www.carolwyer.co.uk or follow Carol on Twitter: @carolewyer.
Carol blogs at www.facing50withhumour.com and www.grumpyoldmenopause.com

Whoa! As with all  of the books in this series, I did not see that coming!

I adore the twisty, turny, whodunnit style that Carol uses in these books. Her characters are rich and incredibly powerful, and with that, we are drawn deep into a dark world. The Silent Children is the very definition of a page turner, as I actually read 75% of the book in one go. I had to find out what happened. I couldn't stop until I reached the end. Even now though, I am anxiously awaiting the next installment in the series.

DI Robyn Carter is an amazing character, a real role model. Her strength and courage are admirable and she has me cheering for her with every turn of the page. The supporting officers are a great group too. I especially like Anna and Mitz.

Overall, I would say that if you're looking for a gripping, gritty series, this is absolutely it! 9/10