July 04, 2016
Can you believe that Valley of the Dolls is 50 years old? That is madness! This book is timeless and a true classic! 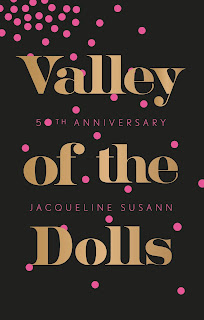 Before Jackie Collins, Candace Bushnell and Lena Dunham, Jacqueline Susann held the world rapt with her tales of the private passions of Hollywood starlets, high-powered industrialists and the jet-set.

Valley of the Dolls took the world by storm when it was first published, fifty years ago. Never had a book been so frank about sex, drugs and show business. It is often cited as the bestselling novel of all time.

Dolls - red or black; capsules or tablets; washed down with vodka or swallowed straight. For Anne, Neely and Jennifer, it doesn't matter, as long as the pill bottle is within easy reach. These three beautiful women become best friends when they are young and in New York, struggling to make their names in the entertainment industry. Only when they reach the peak of their careers do they find there's nowhere left to go but down - to the Valley of the Dolls.

• Fifty years ago, in 1966, Valley of the Dolls achieved the No. 1 spot on The New York Times bestseller list, and stayed there for an unprecedented 28 weeks.

Jacqueline Susann is a legend in American publishing. Susann was the first
author to have three consecutive #1 books on the New York Times Bestseller List. She was married to her beloved husband, producer Irving Mansfield, until her untimely death on September 21, 1974, after a courageously fought battle with breast cancer. Susann's intensely private twelve-year fight to overcome the disease was not known publicly
until after death. She was 56. 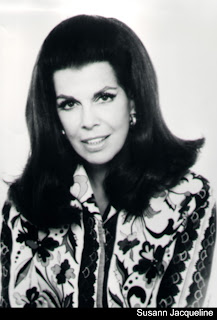 I had heard of  Valley of the Dolls, my Mum may have even read it while I was growing up, but it was never a book that had appealed to me. When I got the email asking if I wanted to be part of the 50th Birthday blog tour, I didn't hesitate to say yes!

Initially, I struggled with the book. I found it a bit difficult to get into at first because I couldn't identify with Anne and I couldn't picture the setting of 1940's New York.  It took me a while to settle into to the story. But when I did, I was intrigued and compelled.

The story follows Anne, Neely and Jennifer through highs and lows as they forge career paths in the entertainment industry and try to fulfil their dreams in a cruel world.

This story is gritty as the girls dive into a dark world of "dolls", the pills they use to stay awake, slim, youthful and vibrant. Obviously, this isn't a glorified look at drug addiction, we are shown plenty of the downside of drug use.

This book was one of the first true feminist blockbuster novels and has totally stood the test of time. For the most part, it's as relevant or relatable today as it was when it was written 50 years ago.

Thanks to Helen Upton at Virago Press for the beautiful special edition paperback in exchange for my honest review.