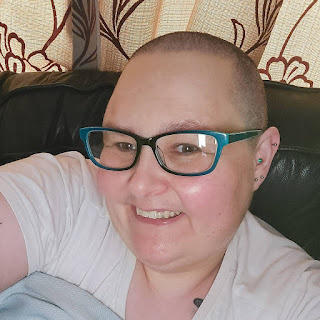 Like so many others, I can't wait to see the back of this year. We've all struggled, we've all been isolated and missing loved ones. Our worlds have been turned upside down and it looks like this is our new normal for the foreseeable future. It sucks, but hopefully it will prove to be worth it. So I won't bang on about our Covid year. I will tell you about MY year.

We began with Dad's funeral early in January, after his passing on December 27th. It wasn't a funeral as such. He wanted no send off but I couldn't quite comply with that. I held a celebration of life for him and it was lovely. Life then carried on as normal for a while.

In March, Steve ended up in hospital with what they called a chest infection, but we now believe was actually Covid. He was in for almost 3 weeks but eventually came home to me. Then lockdown began and things changed for everyone.

May was the worst month for me. Steve went back in hospital due to his kidneys failing. I was alone, isolated and mentally exhausted. I began self harming again. I cried constantly and had very, very dark thoughts. When I spoke to Steve, I pretended I was fine. I was crumbling. It was the 10th anniversary of my Mum's passing, would have been Dad's 70th birthday and we suffered a miscarriage. I hit rock bottom. I saw the signs though and self referred online to Lancashire Women, asking for help. I was assigned a case worker and counsellor and began phone conversations with them.

I was too far down the rabbit hole though and on 5th June, I took an overdose in an attempt to end my life. It didn't work and thankfully I made a full recovery. I carried on with weekly counselling and meetings with my caseworker and I began to heal and become stronger than ever.

By early August, I had bounced back. I was going to crossfit twice a week through Lancashire Women. The ongoing court battle involving my ex was resolved. He pleaded guilty and the charges against me were dropped. I signed up for some more online courses and worked my ass off.

October was a highlight! I held a fundraiser for Lancashire Women to raise much needed money for their amazing services. I was sponsored to shave my head and also organised a raffle with 40 awesome prizes donated, mostly from fabulous authors. I exceeded my goal by raising £1035 and I loved my baldy head. Sadly, it's growing back quickly. Might have to do it again!

Now, at the end of the Year, I have gained 5 qualifications, with more ongoing, read 60 books, made new friends and handled the news surrounding Steve's illnesses pretty well. He's approaching end stage kidney failure and, although his condition is extremely rare, they estimate 2-4 years life expectancy. I haven't told him that bit. Not gona dwell on that. We are just enjoying doing nothing together every day we can. It's perfect and it's all I've ever needed. I've also survived the first anniversary of Dad's death and the first Christmas without parents. That was so, so hard. I learned who my true friends are and I am forever grateful to them.

Hope 2021 is more gentle on us all, but if it isn't, I hope we can learn to be gentle with ourselves. I for one, don't ever want to go back to where I was in the spring.