Blog Tour Stop - Catch Me If You Cannes Part 2 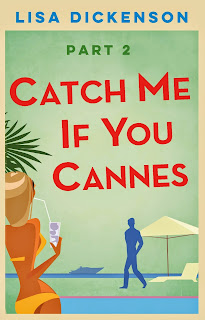 What They Say:
Jess had been feeling on top of the world - she'd had the best night out with Bryony, making lots of fabulous new friends, and she'd MET A BOY! Now, all of a sudden, her carefully constructed (if slightly exaggerated) facade is about to come tumbling down. She's had a taste of how the other half live and she's not ready to give it up just yet - especially if it means also giving up Leo. But how long can Jess and Bryony continue pulling the wool over everyone's eyes before they're in too deep?
What I Say:
This is such a clever, funny story! I adore Bryony and Jess and the stunning setting of Cannes. With this being a Four parter, it's hard to review without giving anything away (I was naughty and read it all at once, I just couldn't wait!). but I cannot recommend Lisa's unique writing style enough! I just think she's so funny, warm and genuinely likeable that you can't help but love her work!
I will do a proper review once Part 4 has been released and I'll give my star rating then too. I will say though, that if you haven't read Part 1 and 2 yet, do it!! Money well spent if you ask me!
Author Bio:
Lisa Dickenson was born in the wrong body. She was definitely meant to be Beyoncé. Despite this hardship, she grew up in Devon attempting to write her own, completely copyright-infringing versions of Sweet Valley High, before giving Wales a go for university, and then London a go for the celeb-spotting potential. She's now back in Devon, living beside the seaside with her husband and forcing cream teas down the mouths of anyone who'll visit. She is sadly still not Beyoncé.
Lisa's first novel, The Twelve Dates of Christmas, won the Novelicious Debut of the Year award. Her second novel, You Had Me at Merlot, was also an instant hit with readers who were won over by her wit, charm and naughty sense of humour. Follow her on Twitter for all her book news and Beyoncé-related chatter: @LisaWritesStuff. 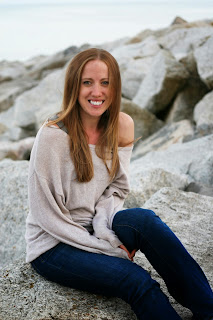 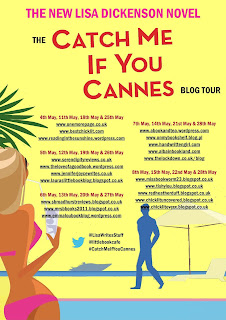